Among the retail consumer products offered by general insurance companies, car insurance is the most complicated in terms of the number of variables that have an impact on the final premium. Online car insurance aggregators such as PolicyTiger are working on providing an easy to use interface where the user can compare the insurance premiums charged by different insurance companies for the car of his choice.

The Car Insurance Premium has 3 components- Own Damage, which in most cases is more than 90% of the premium, Third Party and Personal Accident cover. 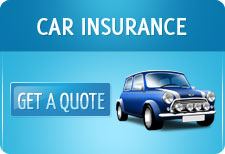 Now, let us have a look at some of the factors that determine the premium charged for car insurance.

Location: Under the Motor Insurance act, the country was divided into two zones- the top 8 metros and Rest of the country. The premium for a car registered in the top eight metros is a little higher than it is for the Rest of the country as the perceived risk is higher in these top eight cities- Delhi, Mumbai, Kolkata, Chennai, Hyderabad, Pune, Bangalore and Ahmedabad. Even today, most general insurance companies follow the same classification while some companies have refined this further. For eg, certain companies charge higher premiums if the car is registered in Punjab or in Delhi, where the incidence of theft and accidents is higher.

No claim bonus: Insurers want to reward policyholders who have had no claims or fewer claims. If there has been no claims over the preceding years, insurers offer upto 50% rebate on the Own Damage component of the premium

Car manufacturer: The Insurance companies closely track their claims ratios and try to establish patterns whereby one vehicle model might have had higher claims percentage than another model /make. They factor this into the pricing and load up the premium for vehicles which are more prone to accidents. For eg, assuming all other things being same, the premium for a Mahindra Scorpio might be more than that of a Honda City.

Profession and age: Some companies offer a 5% discount if the policyholder is a Central Govt Servant, teacher, CA etc. Similarly, certain companies have varying premiums depending on the age of the driver. In developed markets of the West, even the car color has a bearing on the premium

As the market evolves in India, we expect even more variables to be added while calculating the premium for car insurance.
Posted by PolicyTiger at 3:37 AM