1. Level of sum insured: A broad rule of thumb is 15 times the annual income if one is less than 40 years of age, 10 times the annual income if one is between 40 and 45, and 5 times the annual income if one is 45 or more. If you have a significant housing loan, you should have that loan covered through an additional credit life insurance plan, where the insurance company would settle the loan outstanding with your bank if there is a death. Another approach is Sum Insured = (total loans outstanding+ amount required for children’s education and wedding) + (average annual consumption related expenditure ) *10 . One should also bear in mind that one’s earning potential and expenses are likely to increase through the years, and that we have a high rate of inflation which will continuously erode value. Rs 50 lakhs today might look like a tidy sum, but twenty years later it might not be significant at all.

3. When should I buy: The best time to buy a term insurance plan is NOW. This is because term plans get more expensive as one gets older. The biggest risk is that one might contract certain diseases with time which makes entry into a term plan more complicated. The insurer might refuse to underwrite the risk or bump up the premiums if you have reported any medical condition. Future is uncertain while the financial liabilities are predictable, and leaving behind a set of crippling financial liabilities for one’s dependants is irresponsible and avoidable.

4. Should I buy additional protection through Riders: Riders for an insurance policy are similar to the extra toppings on a pizza. A pure insurance policy pays out only on death. But there can be situations such as a critical illness or a severe accident which can completely eliminate one’s earning power. Riders such as Critical Illness riders or Permanent Total Disability riders come to the rescue here. These riders ensure that the sum insured is paid out to the policyholder in case any of these unfortunate situations occur.

5. Who should I buy from: At the end of the day, an insurance contract is a contract of trust between the life insured and the insurance company. You should buy your policy from someone who you feel will honour the contract the best at the time of the claim. You can have a look at the IRDA site for the claim payment ratios of the life insurance companies. Estimates show that in 2011, about 16000 life insurance claims will be rejected. Price is also a very important variable. Term insurance rates have come down significantly over the last two years because of price competition and increased life expectancy. Thus, you have a wide choice of 20+ insurers from whom you can buy. Look around aggressively for the company offering among the lowest prices on web sites such as www.policytiger.com. Companies such as Aegon Religare, ICICI Prudential, MetLife and Kotak Life have the cheapest rates.

6. Where should I buy from: Given that term insurance rates can vary by more than 50% between different companies, it is important that you do a thorough research before buying. Your friendly neighborhood agent might not be the best person to rely on for advice due to two reasons- the plan he recommends might be way too expensive, and it is most likely that he will try and push you towards buying some other product where his commission is higher. Term products have low commissions for the agents. Over the last two years, term insurance rates have com down by 40%-50% due to increased competition and lower mortality rates. In our view, the best place to buy a term insurance product is online because of the following reasons:
a. You can easily compare the features and price of the different term insurance plans
b. It is fast and simple- would not take more than 10 minutes.
c. Medical tests and all other documentation would be arranged for by the insurance company at home itself
d. Certain companies such as Aegon Religare, MetLife and ICICI Prudential have exclusive products only for online sales where the commissions are lower, and thus the product is cheaper than offline products. Sometimes, the online version might be cheaper than the offline variant by as much as 30%!
e. Online products will progressively get cheaper than offline products as the buyer profile of online policies will have a lower risk rating
f. You can easily pay the premium through credit card or through net banking

Internet and Mobile Association of India (IAMAI) estimates that about Rs 600 crores of insurance premium was paid online in 2010. While a part of that would be renewal premiums, a significant chunk of that would be new term and health insurance policies bought online.

7.What information should I disclose: It is imperative that you disclose all the relevant information truthfully. Even a small half truth might be enough ground for the insurance company to reject the claim later. You should keep the following factors in mind while completing the proposal form:
a. Disclose your medical history in detail: Don’t hide anything. If you have a pre-existing disease, mention it clearly. In case of a death which the insurance company thinks is due to a non-disclosed pre existing disease, the claim will be rejected. This is especially true in non- medical cases
b. Disclose your family medical history too
c. If you smoke or drink, state that clearly. Also state your physical parameters accurately- height, weight etc
d. State your income and occupation accurately. If your occupation exposes you to higher risk (eg armed forces, mining etc), do state it clearly
e. Mention clearly any other insurance policies that you might have
f. Make sure that you submit genuine copies of PAN Card details, birth certificate, income proof etc
g. Try and fill up the proposal form yourself and do not leave it to the agent

8. Multiple insurance policies: It is better to have two insurance policies of say Rs 25 lakhs each than to have one policy of Rs 50 lakhs. In this way, you can have the option of continuing with a lower cover if at some point you have a reduced term insurance need 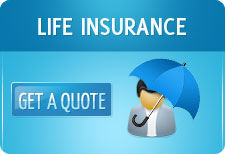 (An abridged version of this article appeared in the Financial Express on 17th May 2011)
Posted by PolicyTiger at 7:30 PM